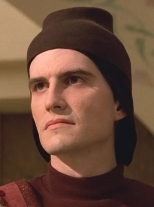 Imagine my surprise when I learned that the most successful author of “Indian” books of all time was a fake. His name was Carlos Castaneda. He made a national and international name for himself, and made himself very rich, by making up whole stories about a medicine man who never existed.

Hundreds of colleges used his books by the ton. And they are still using them, misguided though they are. He sold more than eight million copies of his books, starting with “The Teachings of Don Juan.” The Don was supposed to be a Yaqui medicine man who divulged his secrets to Castaneda in Mexico and in a bus station in Tucson. Unfortunately, there was no Don Juan, and Castaneda never met him. He made the whole thing up. It earned him a doctorate from the Department of Anthropology at UCLA. But once they learned about the fraud, they took the doctorate back—the only case I know of where this has happened.

He eventually wrote a total of eight books, each one building on the last, until he was exposed. The popularity of the books in the 1960s proved that people wanted something mystical and mythical to believe in, apparently. He came out with his first book in 1968, in the height of the anti-Vietnam War, hippie, free love, yuppie period.

The next thing you know, sociology professors, literature professors, Third World Studies professors, anthropologists, and others were requiring students to read this stuff. They thought it was real. They should have known better. The mystical teachings involved shape shifting, where people become wolves, crow, and coyotes.

One of Castaneda’s colleagues read about a meeting he supposedly had with Don Juan in Tucson, checked his calendar, and found that he had seen Castaneda in the UCLA library on that date. When he reported this to the Department of Anthropology people, they started investigating and found all kinds of discrepancies. It led to Castaneda’s downfall. Richard de Mille, another anthropologist at UCLA, checked the library records for Castaneda, and found that when Castaneda claimed to have been in a peyote ceremony in the Sonora Desert of Mexico, he was actually sitting in the UCLA library reading a published account of such a ceremony. De Mille also documented that there were no Yaqui words in the books, despite Castaneda’s claim that he spent months with Don Juan.

Jay Courtney Fikes, an anthropologist who also studied with the Huichol people of Mexico, published an extensive expose of Castaneda in 1993. The title was “Carlos Castaneda, Academic Opportunism and the Psychedelic Sixties.” He says Castaneda’s first four books made him as famous at Margaret Mead, which is a shame.

Carlos went into seclusion in 1973, which he could afford to do with all that money he had made. He stayed in seclusion for the rest of his life. He built a mansion in Los Angeles, which he shared with three of his female followers until he died.

He claimed that Don Juan taught him to leap off cliffs and not die. He also taught him how to shift shapes and become an animal, a belief common in many North American tribes. He said he could become a crow or a wolf at will.

Unfortunately, his books are still selling. And professors are requiring poor students to read them including those at University of California Berkeley, Stanford University, and San Francisco State University, to name a few. Apparently they think that if there really was no Don Juan, there should have been, and that is good enough. The whole thing makes me sick—and mad.

Castaneda even lied about his birth place and birth date. He was born in Cajamarca, Peru in 1925. But once he got to the U. S. he claimed that he was born in Sao Paulo, Brazil in 1931. No one apparently caught the differences in the accent. People in Peru speak Spanish, while people in Brazil speak Portuguese. Brazil is the only nation in the Americas where Portuguese is the official language.

He allegedly used peyote, jimson weed, and other drugs in his sorcery episodes with Don Juan. Fikes claims in his book that peyote is not a traditional drug of the Yaqui people.

Michael Korda, his editor at Simon & Schuster, should have known better. Korda has written extensively on leadership. His writing is full of insight and great thinking—such as his article “How to Be A Leader,” Newsweek, January 5, 1981. (Of course, he also published potboilers by Jacqueline Suzanne and Harold Robbins.) What a letdown that he got taken in by a charlatan.

Castaneda died in 1998, but he left his fortune to his son, Adrian Vashon. After admitting for decades that he was Adrian’s father, in his final will he denied paternity. Adrian challenged the will in court and won. Castaneda was worth close to $20 million when he died.

He was one of the founders of the New Age. He was an excellent writer. It is too bad his stuff was fiction, which he passed off as field work. I hope professors will stop requiring their students to read this fake stuff.

Dean Chavers, Ph.D., is the director of Catching the Dream, a national scholarship and school improvement program for American Indians, located in Albuquerque, New Mexico. His address is CTD4DeanChavers@aol.com. His latest book is “Racism in Indian Country,” published by Peter Lang.

How responsible is UCLA for the massive crimes and suicides that happened after the "honoris causa" guru's death?
The Nahual received an "honoris causa" by UCLA after 'Journey to Ixtlan'.

"Witches don't die; they burn inside out," said Don Juan Matus, a fictional Yaqui native in one of the best-known bestsellers of history, 'The Teaching of Don Juan.'

However, since Carlos Castaneda died of cancer in 1988, unveiling the truth to his followers who had spent fortunes on his "tensegrity" courses, many refused to believe it.

"The Nahual is a sorcerer," they said. "It was his double who died."

This is only one of many lies from the infamous messiah of the counterculture - a man who inspired celebrities such as Jim Morrison, John Lennon, George Lucas, or Oliver Stone.

"Both of them lead a sect in California in the sixties; they were both called Carlos, were short and looked alike," told the writer who devoted almost a decade to research Castaneda's life to The Objective.  "The difference between them is that Castaneda got something more remarkable than to induce people to kill: he got them to commit suicide."

A jump into the void

In 'The Other Reality,' one of Castaneda's last books, Don Juan tells the anthropologist that to become a witch and access the other inner reality, warriors must jump into the void. A young woman called Janine Emery, who had read every one of Castaneda's books, did so and threw herself off a bridge.

Similarly, a man killed his brother-in-law because he was sure that he was "stealing his energy," quoting Castaneda's work.

The guru, who had forced his adepts to break family bonds, be celibate and refuse maternity -and, of course, invented sexual rites at his convenience-, used to humiliate them to "destroy their egos," always speaking as Don Juan.

"When Castaneda said 'This is Don Juan's word,' it had the same effect as Jesus's word for a Christian," says Carballal.

After his death, desperate letters used to arrive in Cleargreen, the guru's company led by one of his "witches," Carol Tiggs. His other close collaborators had vanished after the news.

Similarly, Patricia Lee Partin, known as "the blue explorer," and Castaneda's spiritual daughter, was found dead in the California desert eaten by coyotes.

And Florinda Donner, whose brother assures she died by suicide "because of the weight of guilt."

When Carlos Arana Castañeda, arrived in San Francisco from the town of Cajamarca, in Peru, he did it like many other immigrants looking for a better life. He worked as a taxi driver and bookseller, and his friends called him "brujo" since he was fascinated with the occult.

"He left a wife and an illegitimate daughter, Charito, who was the reason behind his decision to erase his past," the writer explains.

During the first years at UCLA, where he was studying anthropology, one teacher asked him to interview a real native. When he read Castaneda's work, and despite the lack of any scientific proof, the professor was astonished by his literary talent and asked him to write a book.

"It was the sixties. Timothy Leary had led a scandal when he gave LSD pills to his students to get other states of consciousness. Consequently, Reagan, who was the California governor at this time, prohibited it. And suddenly there was a guy who tells the students there is a shortcut to get the same experience," the teacher said.

Afterward, Simon&Schuster bought the rights for publishing "The Teachings of Don Juan," it became a huge success, and was followed by twelve other books. Suddenly, a Peruvian anthropologist - who could have been a new Tolkien - was a multimillionaire celebrity.

"The mistake made by those who investigated Castaneda's past was to think he was inspired by other readings. Instead, he based his works on war and spy movies. Hence the rumors about his supposed work as an agent for the CIA", the author summarized.

Castaneda could have been just another guru, but his ideas went beyond thanks to UCLA's support  - he even received an "honoris causa" after 'Journey to Ixtlan' was published.

Nowadays, UCLA is still silent about its mistake. 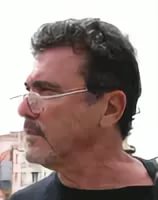 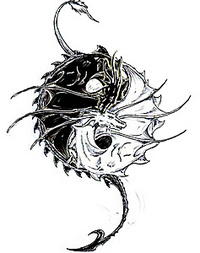